While you will find that many shops are open into the early evening, please note that a number of shops are closed on Wednesdays. The street runs parallel to Nawate Street, which has the large frog statue at the entrance. 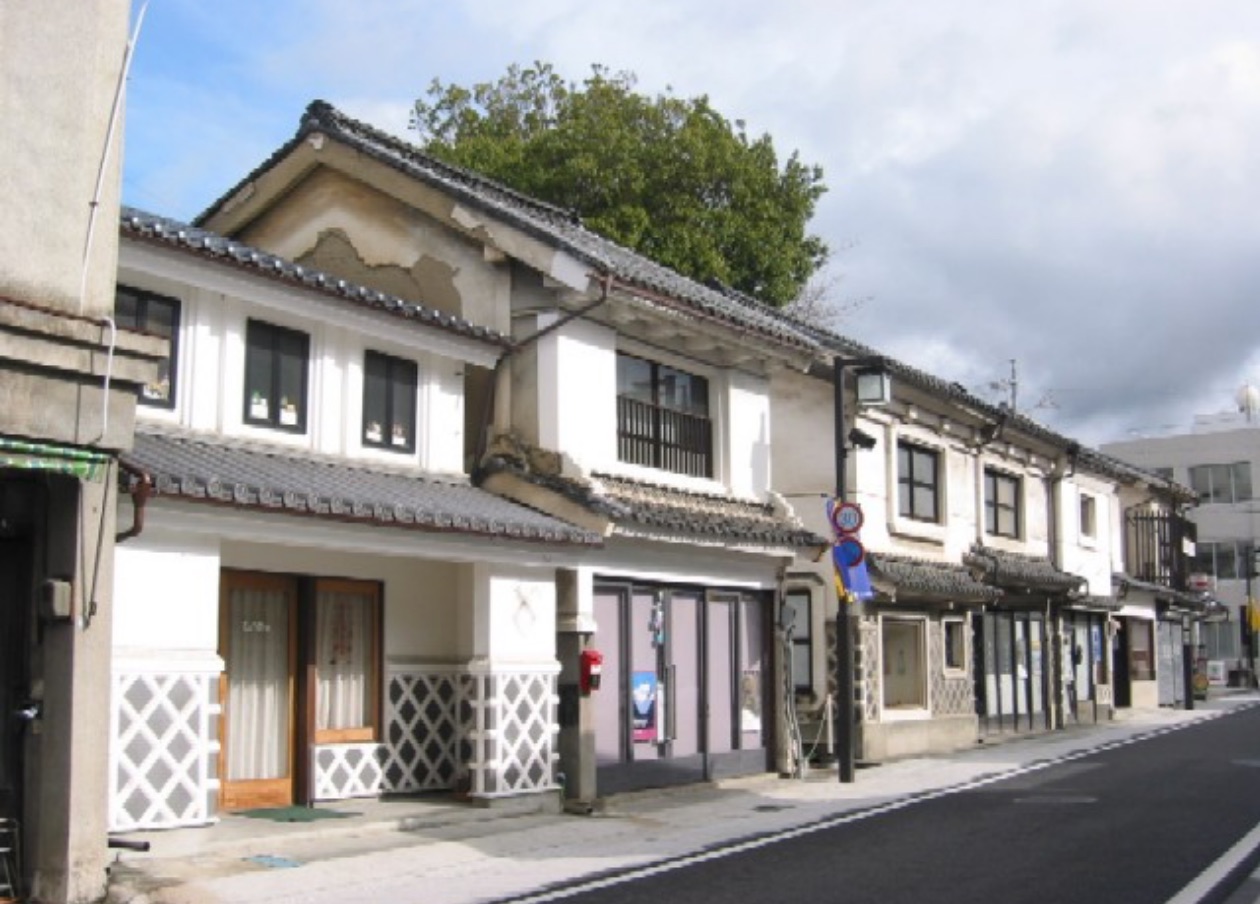 The Kurassic-kan buildings were part of a nearby sake brewery built in 1888 and 1923. The buildings were renovated and relocated to their current location. The main building is often used for exhibition and cultural events, while another has a small tearoom and cafe inside. Kurassic-kan is free to walk around in, and inside you can see its impressive wooden structural beams, tatami rooms and small Japanese garden. 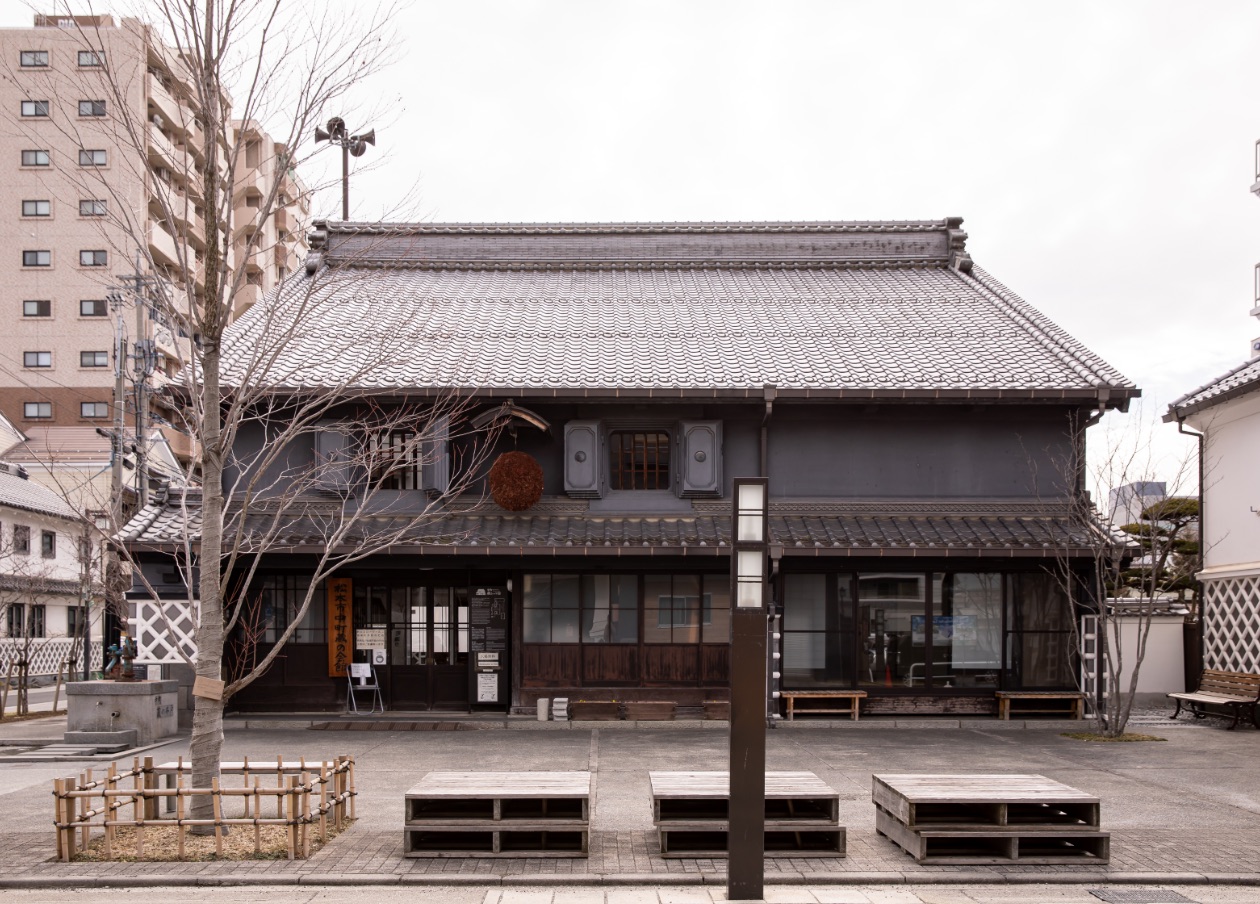 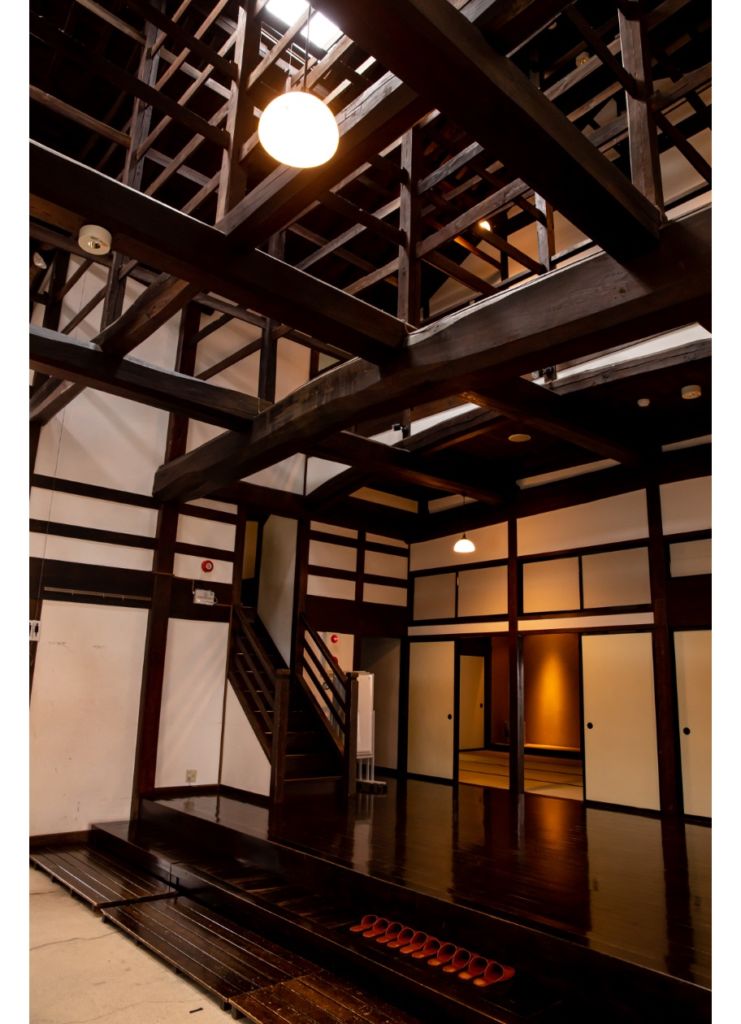 The museum is housed in a former scale shop which originally opened in 1902 and has all sorts of weights and scales, including silkworm sorting scales, on display. You can also walk through the museum's well-preserved kura-style buildings and the beautiful wooden storehouse/residence. 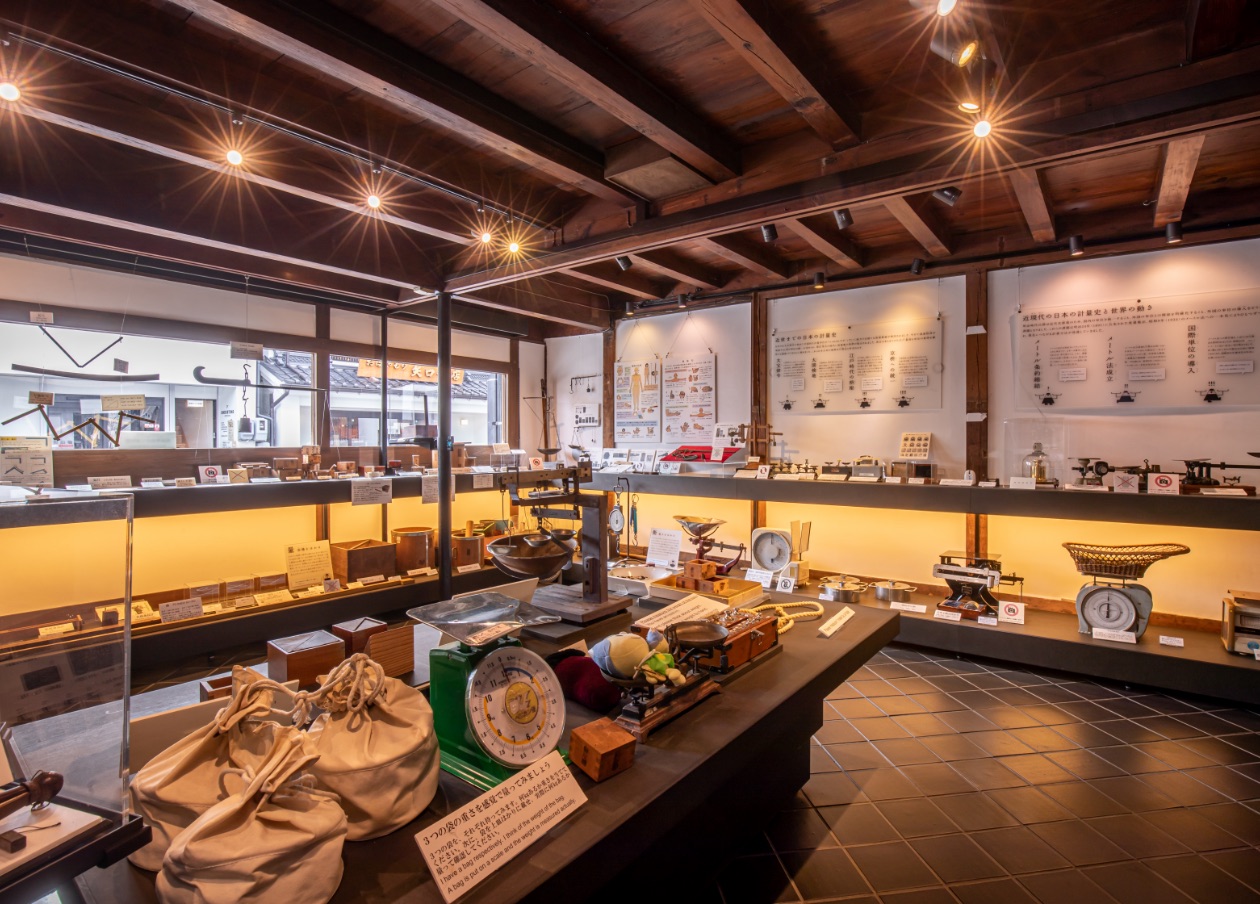 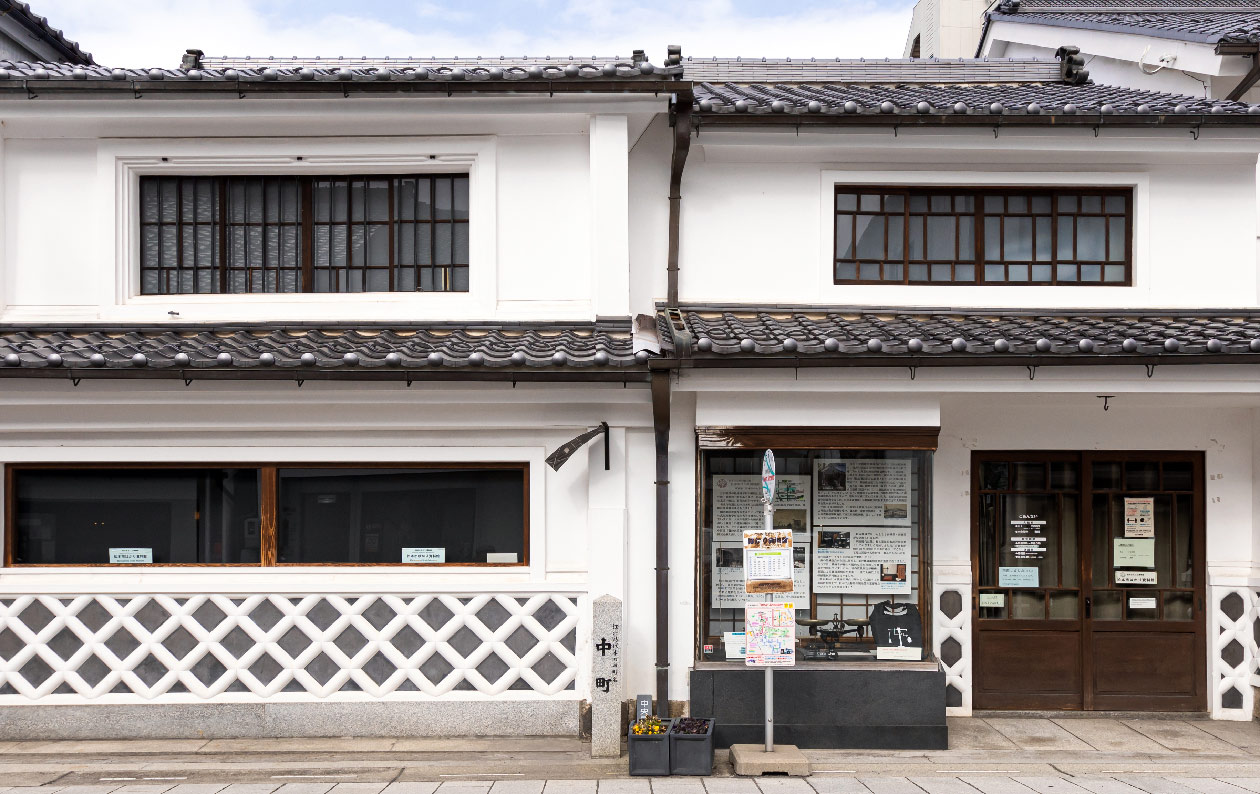 This small, homely shrine is tucked away on a narrow side street toward the eastern end of Nakamachi. When a big fire broke out in and around Nakamachi, this shrine was believed to have stopped the flames from going beyond it, thus the shrine is considered to house the guardian deity of Nakamachi. 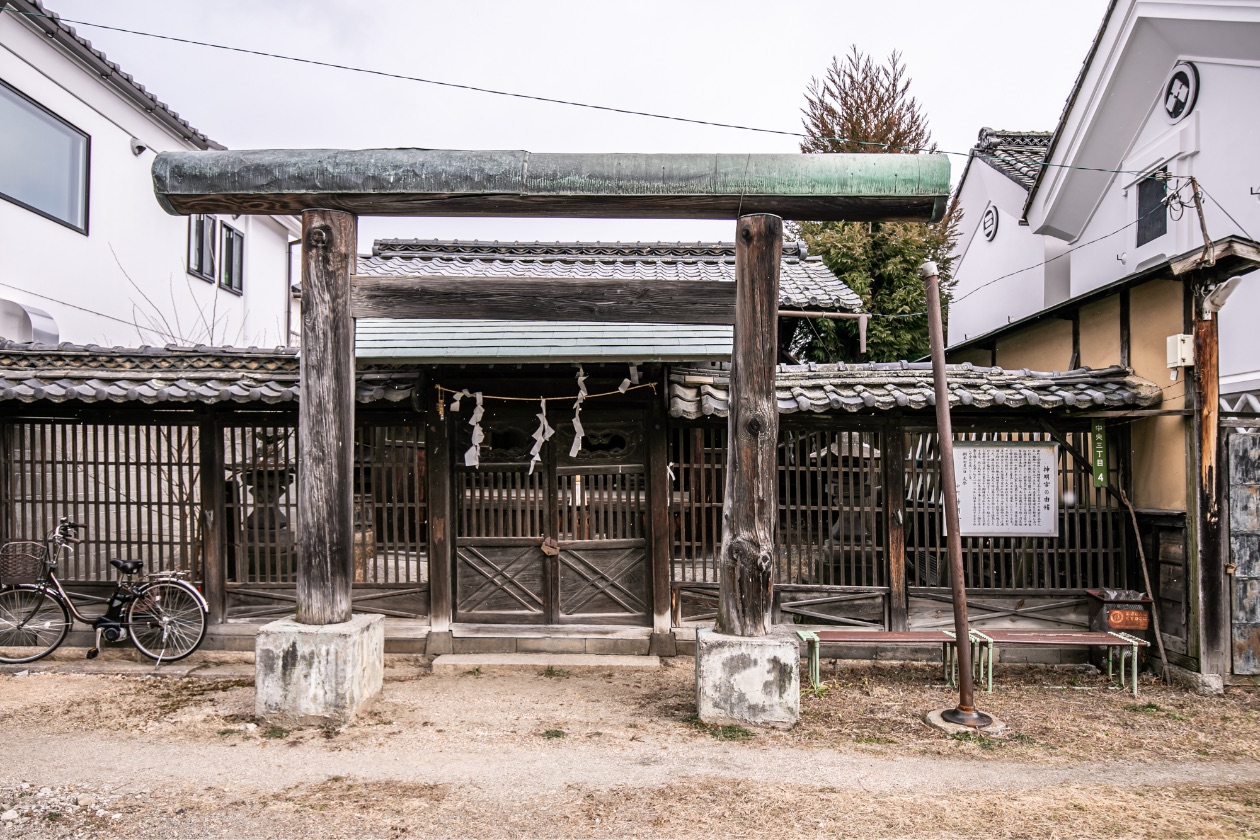 Located across the river from Nakamachi, Nawate Street is a car-free zone lined with small eateries and quirky shops where you can buy trinkets and Japanese-style snacks. The street retains its Edo-style atmosphere and is popular with tourists. You will also find Yohashira Shrine along this street. While many of these shops are also closed on Wednesdays, the atmosphere of the old buildings and shrine makes it worth walking down.

Nakamachi's portable shrines go around the streets of Matsumoto. 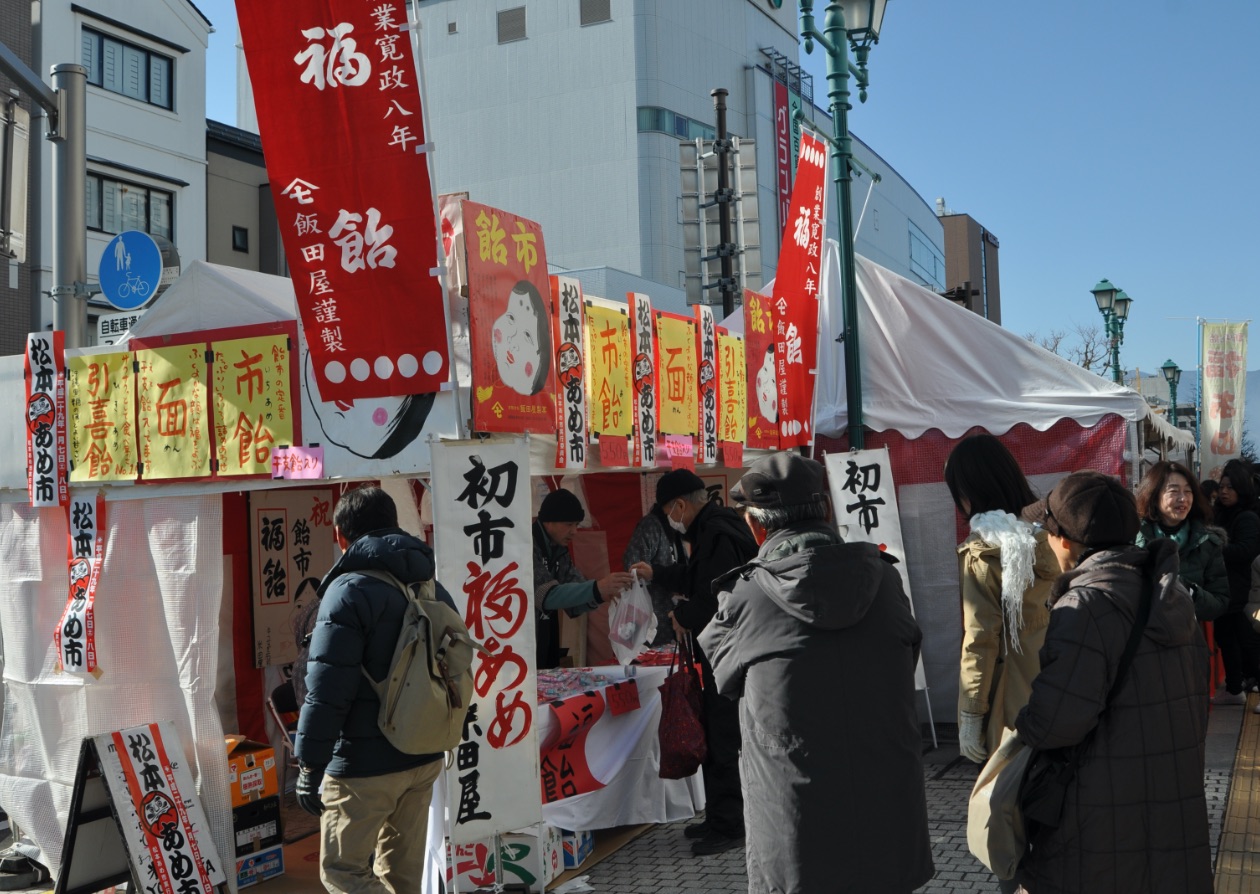 Fukashi Shrine's lively annual festival where traditional wooden floats, including those from Nakamachi, parade through the streets. 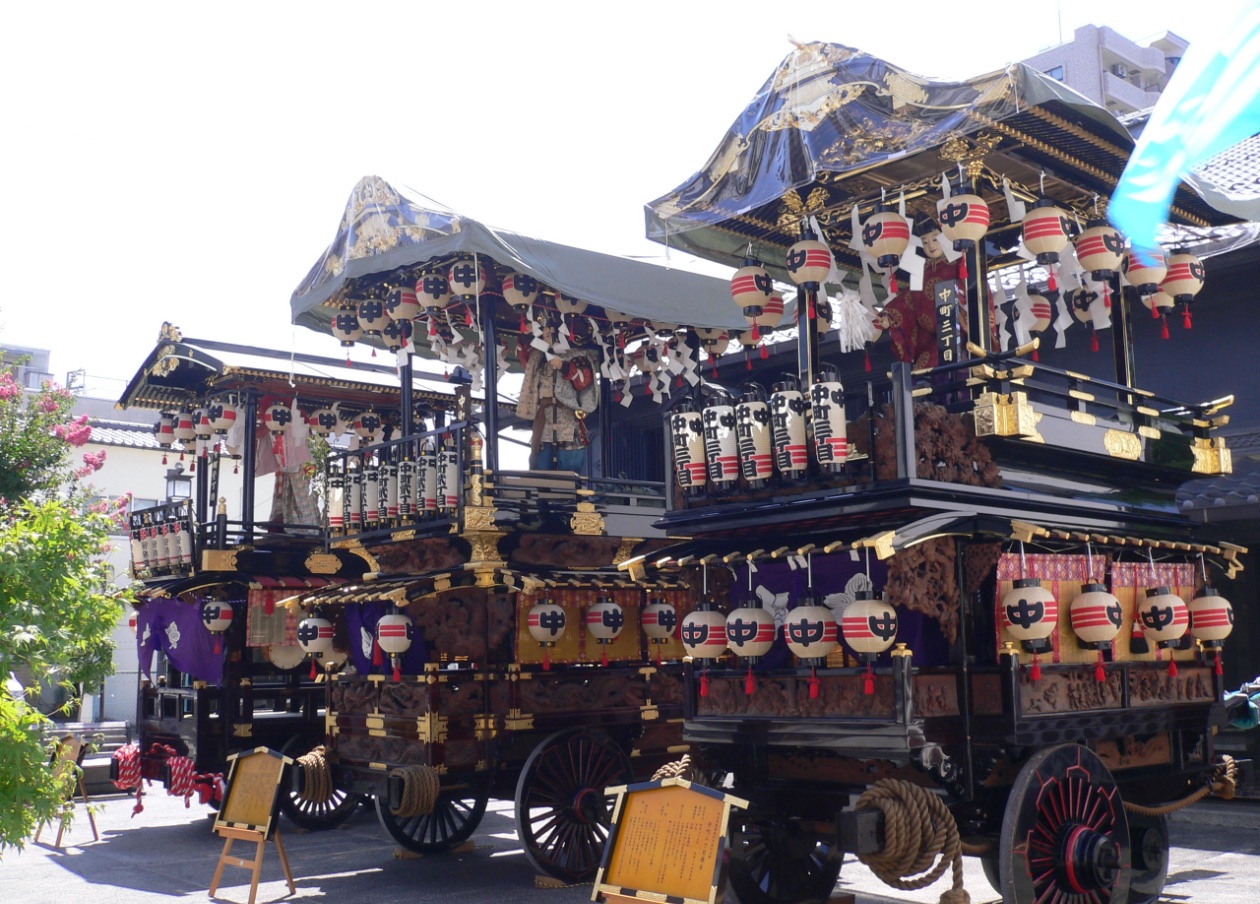 Tens of thousands of people dance on the streets of Matsumoto. 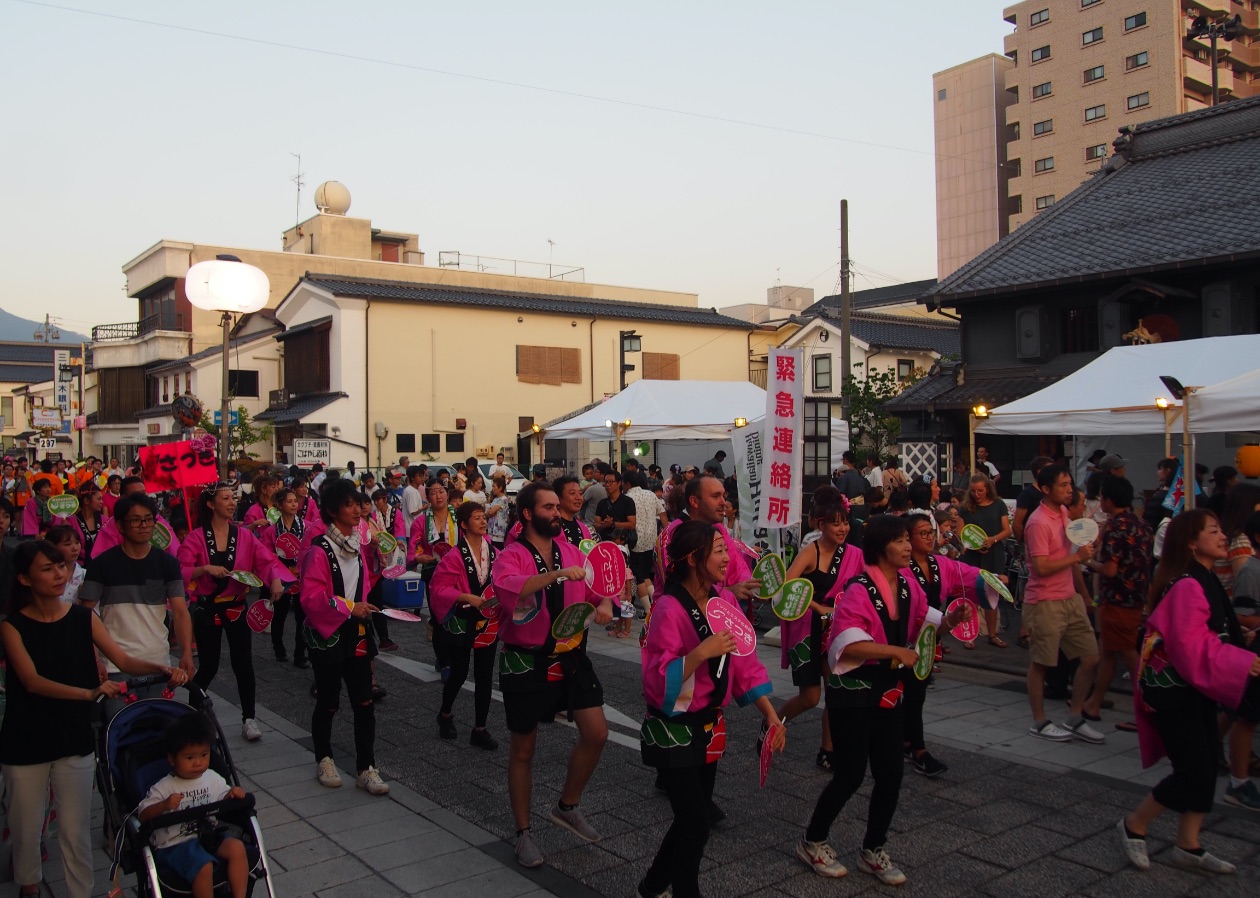 A colorful festival with a samurai procession, vehicle free streets, and plenty of street stalls.

Farmers from around Matsumoto bring seasonal vegetables, flowers, fruit and fruit juice, edible wild plants, and mushrooms to this morning market. It is very popular as the produce is both fresh and inexpensive and the farmers give the market-goers tips on cooking and pickling. 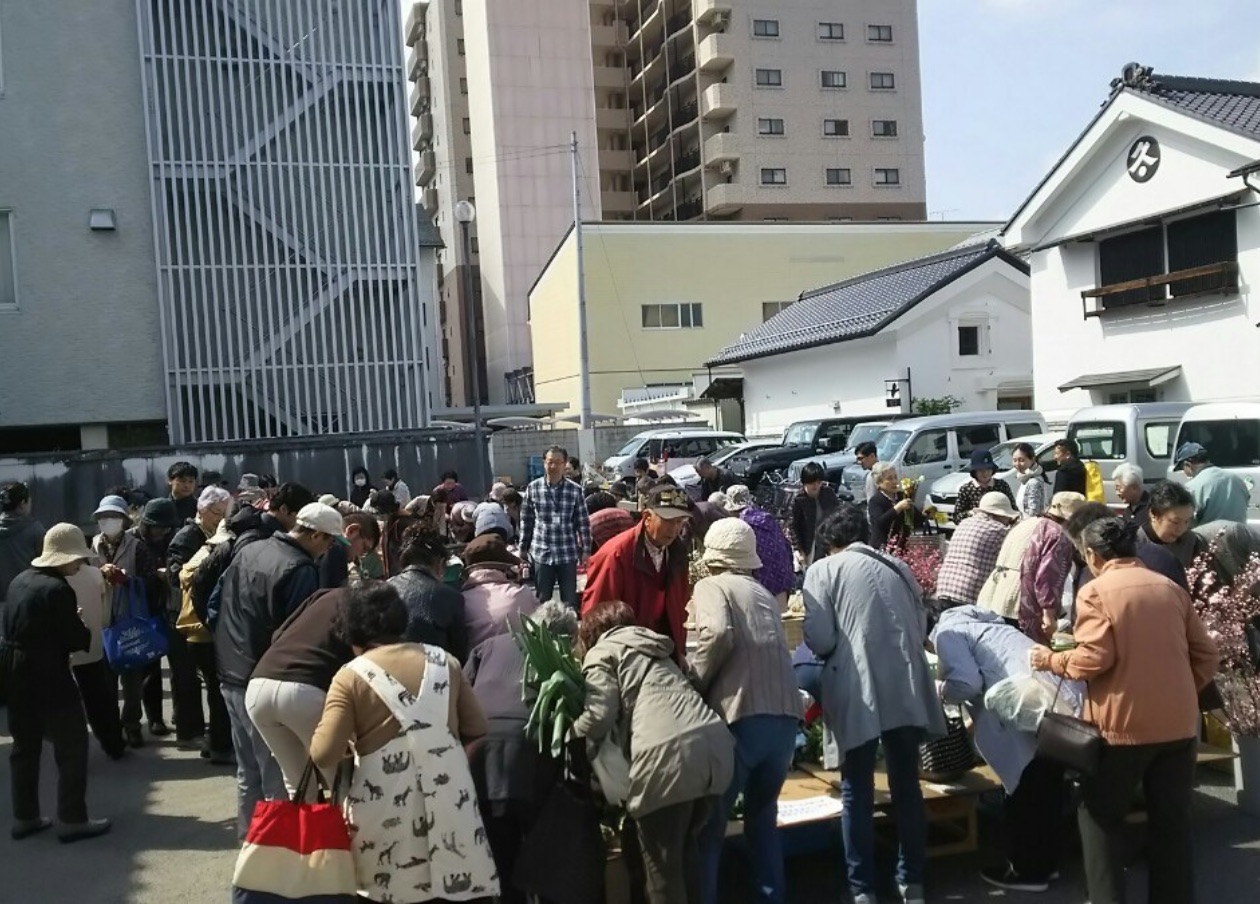 In 1888, most of Nakamachi burnt down in a big fire. In response, many fire-resistant kura buildings were built to protect the town from fire, which employed a traditional fireproofing method that involved creating very thick walls, anywhere from 20 to 30 centimeters. The walls were treated with a number of layers of mud on the inside, but beautifully designed with a white, mortar grid pattern on black tiles known as namako kabe. While most buildings were used as storehouses, some were occasionally used for residences as well. Even today, many such buildings remain around the Nakamachi area. 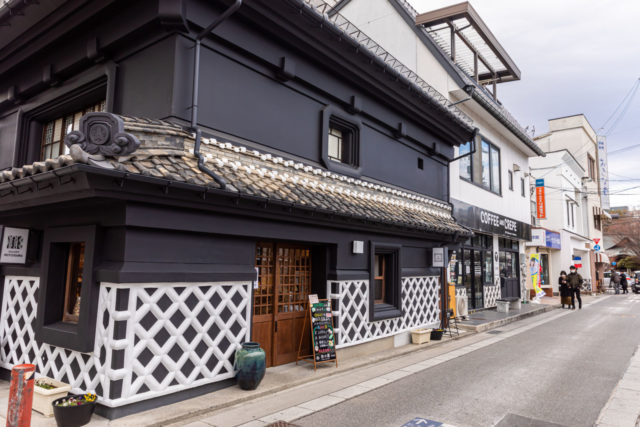 Matsumoto has an abundant supply of natural ground water and several old wells can still be found in the city. There are a few wells in Nakamachi and the surrounding neighborhoods including the hand-pump well at Kurassic-kan. The water is safe for drinking. You can check the locations on the guide map, available to download below! 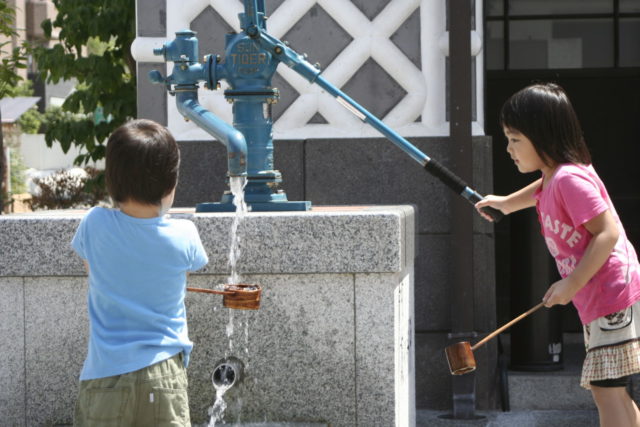 A traditional, Japanese-style bar that serves a variety of food. 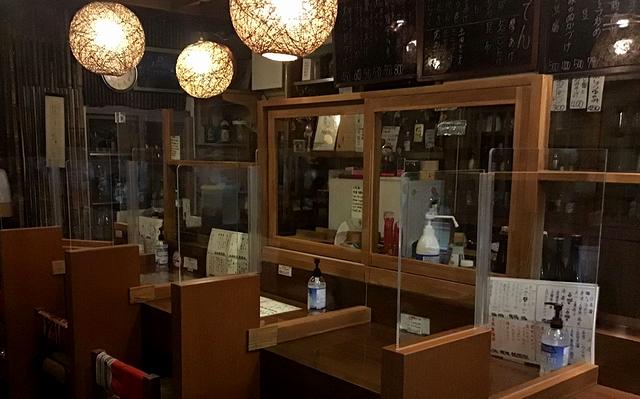 This is a small side dish served to all customers at izakaya-style pubs/bars before ordered items are served. It is most often charged for and is a common Japanese practice that functions as a kind of cover charge. It can create trouble for foreigners who don't understand why they have been charged for what they haven't specifically ordered. However, do note, although they may not appeal to everyone's tastes, even if declined, the charge will still be required as a part of Japanese pub culture. 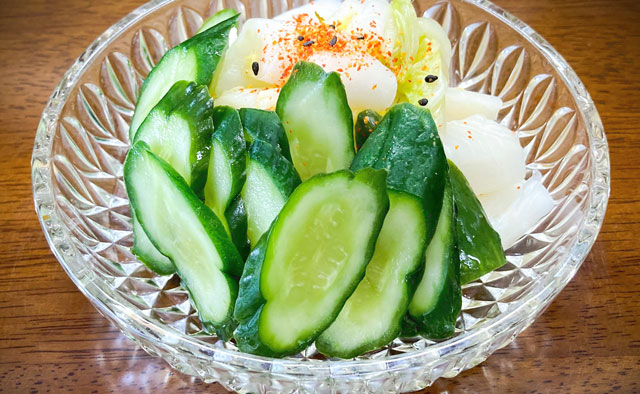 Buckwheat noodles, famous in Nagano. They can be served as hot noodles, with trimmings such as tempura or edible wild plants, or served chilled on a basket as “Zaru Soba.” 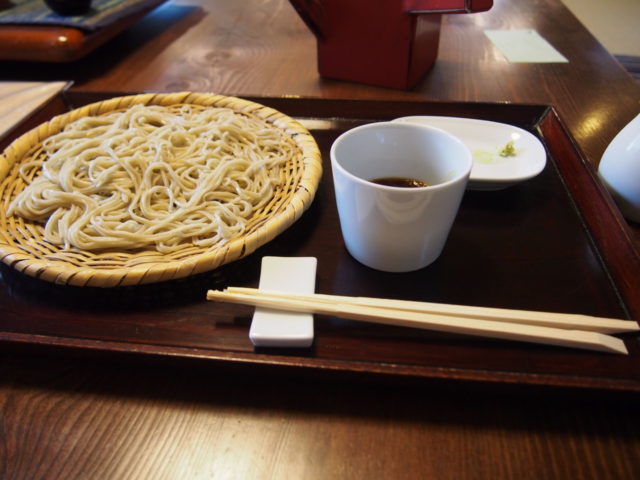 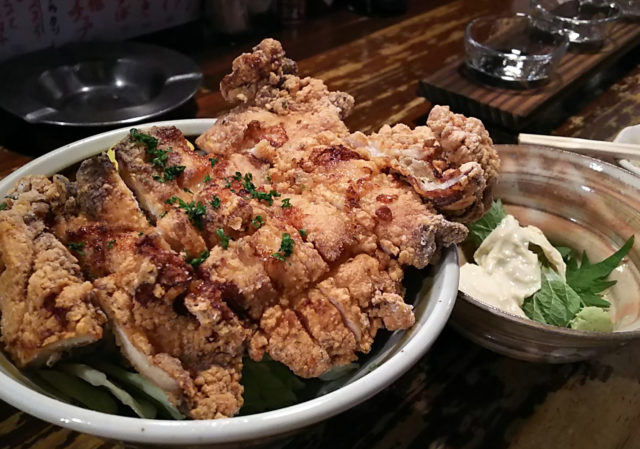